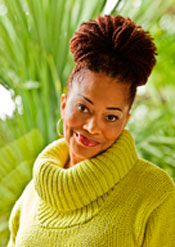 Fans of Terry McMillan’s novels have breathlessly awaited a sequel to 1992’s Waiting to Exhale (no pun intended.) Released on Tuesday, Getting to Happy picks up 15 years after the exploits of friends Bernadine, Savannah, Robin and Gloria first appeared in print. McMillan joined us to talk about her writing process, how she came to revisit her old characters, and how her own life shaped the story that she wrote.

Terry McMillan will be appearing at the Enoch Pratt Free Library’s Central Branch on Sunday, September 12, at 2:30 p.m.