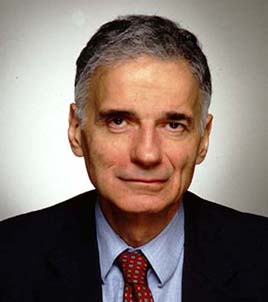 In this hour of the show, Marc talks with Morgan State University’s choir director Eric Conway and the music director of the Baltimore Symphony Orchestra Marin Alsop.  The two recently teamed up to produce Bernstein’s Mass in honor of Leonard Bernstein.

After the break, Marc talks with Ralph Nader, political activist and U.S. presidential candidate of the Green Party in 1996 and 2000.  Nader has exposed problems and organized millions of citizens into more than 100 public interest groups to advocate for solutions. His efforts have helped create a framework of laws, regulatory agencies, and federal standards that have improved the quality of life for two generations of Americans.