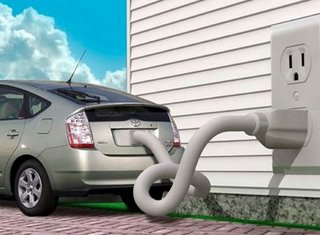 In the mid-1990s, General Motors assigned a young Saturn salesperson from Los Angeles named Chelsea Sexton to help market its “car of the future,” the all-electric EV1. Sexton loved the slippery little two-seaters—which were only leased, not sold, to their drivers—but GM cancelled the program in 2001, eventually wrestling the vehicles from their leaseholders and destroying them. The saga of the doomed EV1, chronicled in Chris Paine’s 2006 documentary, Who Killed the Electric Car?, transformed Sexton, who played a prominent role in the film, into a full-blown electric vehicle activist. She’s the co-founder of Plug In America, a nonprofit advocacy organization trying to accelerate the deployment of electric and plug-in hybrid vehicles, and a consultant for Paine’s sequel documentary, Revenge of the Electric Car, currently in production. In this hour, Marc Steiner talks with Sexton, who lives in car-crazy Los Angeles, about the future of personal transportation, how the American auto industry can still save itself, and the allure of torque.

This is an Urbanite Radio Special.  Click here to read the excerpt that appeared in the Urbanite.